The risks of blogging. 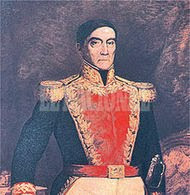 The new history manual distributed around Venezuelan schools are apparently, according to an article in El Nacional today (subscription only), plagued with errors. However one of the list made me wonder: The Marques del Toro, close friend of Bolivar who in those years was less bolivarian than what Chavez would have us believe, is not reported as Conde, count, which I believe in Spanish heraldry is a demotion (I think in England Earl beats Marquess, but what do I know).

Whatever, I am sure that a very famous opposition blog has been the cause of such title change, since its editor is a distant relative of said aristocrat.