I recommend you read one of the best summaries on recent events on Venezuela at the NYT OpEd from Venezuelan blogger Naky Soto.
Posted by Daniel at 7:00 PM 6 comments:

Email ThisBlogThis!Share to TwitterShare to FacebookShare to Pinterest
Labels: 2015 crisis, blogging as a way of life, new york times 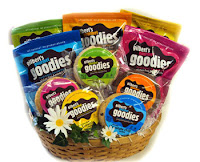 I have never liked Facebook and have only a private page for some relatives and friends, more by obligation than anything else. The attempt I did for a parallel Facebook page for the blog just consumed much of my time for something that did not seem worth it. Maybe if someone would collaborate in keeping it up, someone willing to add entries? At any rate after forgetting about it for months I did the logical thing and erased it.

The guilty verdict on Leopoldo Lopez was expected though one would have thought that the maximum penalty would not have been decided. At any rate, guilty or free, the decision yesterday by the regime to tell judge Barreiros to condemn Lopez is not going to change much on the events to come. What it does convincingly is marking the moment where the regime stops gingerly crossing over the line between dictatorship and the totalitarian state. Gingerly no more.

Anything but freeing Lopez would not have improved the international regime standing now at junk bond level. Any condemnation, no matter how short the sentence, was equally unacceptable because a guilty verdict on thought crime is unacceptable in civilized world. Any guilty verdict is the clear statement of the regime that politicians will be dealt with through "crime" sentences to ban them from office. Who needs a gulag when a mere sentence disposes of your opponents for a few years in jail and for a life time once out?

So, why is the regime risking such an international condemnation, even though it does not seem to care about that a bit, as witnesses the Colombian border crisis?

There is an unwritten rule when dealing about information on Venezuela and chavismo: when you try to be objective you always end up with egg on your face. Respected magazine Foreign Policy is feeling the pinch and risks much discredit for its poor managing of a situation coming from a hatchet job text pretending to set the record straight on Leopoldo Lopez.

Is the sentence on Leopoldo Lopez relevant?

No, this is no bait title. Whether Leopoldo Lopez is freed or condemned today has become almost irrelevant for the coming history. As I type this a small crowd of opposition leaders (small on purpose, by the way) is barred from the court building where the final sentence on Leopoldo Lopez is supposedly to be pronounced at any minute. And whatever the result is, even if I learn it as I type, it does not change much the coming text.