Email ThisBlogThis!Share to TwitterShare to FacebookShare to Pinterest
Labels: blogging as a way of life, colombia, farc, santos

Venezuela as a permanent problem

Now that all objective observers have concluded that this is a military narco kleptocracy, what are we going to do about it? This is keeping many people awake at night, but not enough of them. Andres Oppenheimer writes today a piece that underlines that dealing in Venezuela is an urgent matter, that times works in favor of Maduro.  He makes fair points and space limit probably did not allow him to develop. But that is where blogs come in handy.

One tries to take a couple days off for a "procedure" and one comes back to yet a new spectacle of the absurd.

Amazing mess, how sweet you are

This will be short and sweet. It may be a couple of days before I can post again.

The results are in, the fraud is scandalous, again

So there are the official results so far:

Other data:
*the lowest electoral participation in a presidential election in 30 years, the lowest one was 56% in 2000. Note: as far as I know all previous presidential elections since 1958 have been above 56%. Venezuelan "democracy" at its worst showing.
*Falcon and Bertucci are not going to recognize the result, discovering suddenly that there was fraud.

I used to have an election day post when there was some surprise to be expected, when I bothered in going around taking picture of voting centers, etc.  Now the international press covers all of that and my pen is not needed anymore.  And twitter does a good job covering everything, be it  from that German De Linke representative Simone Barrientos saying that the election today is wonderful, that people are voting with enthusiasm, to the pictures of empty voting stations.

So, how should we read the day?

We are already May 21

I was not planning on writing today. But three tweets sort of forced me to do so.  They are telling, among so many tweets these days, that we are turning a page, that Maduro with his beyond expected victory tomorrow is in fact is merely closing a cycle.

I shall not vote: the ethical thing to do

Again, not that it matters to most readers or to the regime. But I thought that I should give a reasoned account on why I am not voting.

The simple reason is that the system is so screwed up that voting or not makes no difference.  It is not that I am still registered in San Felipe though now forced to live in Caracas and too lazy to drive. Even if I were back in San Felipe I would not vote.

The ruin of Falcon Crest 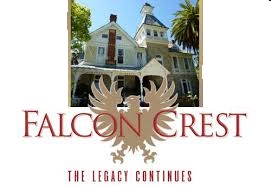 What legacy will Henri Falcon's stunt leave us?  His ulterior motives at this point are of little interest. Many a speculation swirls, from him being Raul Castro choice to do the transition government, to him being an overambitious military a la Chavez.

Rather, let's look why his candidature was fraud since day one, and thus why his campaign is so flawed that even his victory will not be recognized. Next, as concise a summary as possible for those late in the game. (1)

First, his bid was born outside of the opposition electoral alliance MUD. His argument that there was no time to run a primary falls short. He could have sent an ultimatum to the MUD as to whether they decided to run and name a candidate or he would run anyway. Instead he registered discretely almost at the end of the registration period.

The Venezuelan opposition: what went wrong?

About one year ago in between tear gasses outings I thought that maybe the Maduro dictatorship was in its last throes, that the opposition in Venezuela was going to prevail. Today Maduro is coasting to reelection, fraud and all, with only the meekest of protest at home, around lack of food and medicine. The louder protest comes from overseas.

How can one explain such a stupendous change of fortunes? Hint: it is not due only to military repression.

The end is near

And it cannot be otherwise.

The title is a French expressions that loosely mean "thinking that I/they am/are idiots" but way stronger.  Sorry, but tonight I cannot find the English words to qualify the campaigns of Maduro and Falcon, both campaigns abusing of the misery of the people and thinking that we shall not notice.  In all truth, I suppose, neither one is managing to rouse passions, so they need to resort to outright distribution of whatever is at hand so at least some people will attend their rallies. Two tweets from today.

First Maduro having his henchmen throwing food at people.


The red ants.
At @NicolasMaduro campaign rallies to make people attend there are free distribution of food.
I'll leave it to you for conclusions. https://t.co/HtMj9ZJoSq

And then the Falcon campaign, poorer by far but surprisingly (?) better funded than expected.  He had his own henchmen throwing banknotes at people like confetti. In truth the banknotes thrown are not worth much more than confetti, each one worth, say, 1/6.000 of a fully fledged good greenback.  Yes, that is right, the 100 banknote is forth less than 1/60th of a penny.  No wonder people gathered them but there was less enthusiasm than for the food air throwing of food.  What we are seeing flying are at best 100-200 hundred dollars.


And if you thought that @NicolasMaduro was bad enough throwing food at people to boost attendance at his campaign rallies there is @HenriFalconLara throwing banknotes. The ones that have zero value left, those of 50 and 100 when 1USD is 700.000
Chavista/exchavista same shit . https://t.co/hnNm3Yp04Z
— daniel duquenal (@danielduquenal) May 12, 2018


Both only bring in me utter contempt for them, both chavista thinking so lowly of their followers. Juts herded cattle for them, just good enough to play the pantomime of an election. Well, one is an ex-chavista but the brain damage was done in him.

I guess I need to write about the electoral campaign. Years ago this blog was flooded with entries on candidates, polls, statistics and predictions more accurate than wrong. But now the voting system is utterly rigged and for all that we know the percentile difference between Maduro and Falcon is already a given. Maduro will win by AT LEAST 15%. The only question is whether he will dare to have a higher percentile than Chavez top in 2006. My guess is that he will not resist the temptation.

Speaking of entries on candidates.  It is a sad spectacle to see how burned Falcon is. Oh!, not a surprise at all, but really, the guy has been found out and yet he persists in pretending that he is fooling us, that his defeat will be because of the opposition abstention, etc, etc, but never any self awareness that actually people cannot vote for him. Period.

This week there are only two news worthy commenting on Venezuela. The campaign itself is not worth a comment, though the first bit is more than campaign related.


Don't be fooled: Henri Falcon is the No. 1 traitor to the cause of democracy in Venezuela. See this: https://t.co/j7PdJ063ij @miamiherald pic.twitter.com/vkoo6YbzNQ
— Andres Oppenheimer (@oppenheimera) May 4, 2018


Andres Oppenheimer is a long established and respect journalist/Op-Ed writer at the Miami Herald. When he speaks about Latin America his batting average is, well, let's say 90%.  I am not measuring details here, but the general flow of politics in Latin America. One of his rare misses is chavismo in its earlier days. He was not fooled but he was among those who expected that the usages of power and administration would tame Chavez enough to avoid an utter mess and eventually have him leave power by reasonable means. He has made more than amends since that, become one of the first true coherent critics of Chavez. But today, at least on Venezuela, he hit a home run. Do read that piece which is going to explain better what is going in Venezuela right now than, well, at least 90% of the other ones you may come across.

For workers days Maduro has decided to double the minimum income. Nobody is happy. With the new total income and benefits you buy 4 pounds of chicken a month.  What the story does not say is that such a brutal minimum wage increase will be propagated through pay scales and as such employer charges will reach levels unsustainable for those small business still alive.  More shops closing at your friendly nearby mall.