Now that we covered in last post the real problem in Venezuela, the economy, and that we have examined the situation of the opposition since December 2020, we can finally look at what can the Venezuelan opposition do. If you are busy and do not want to read it all, here is the executive summary: precious little.

What is that previous little, which as we shall see is already quite herculean?

The economy: road block to transition

Time is running out before Venezuela becomes a failed state. It is true that a failed/war-destroyed state can be rebuilt, but it takes a long time, it takes a powerful political center, it takes outside help, or at the very least no more meddling. Before writing about any possible political solution we need to discuss the distressed economy and how difficult it would be to restart it. 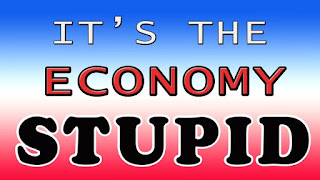 When Maduro was elected in 2013 he could have taken a few token measures that would have avoided the extent of the crisis today. He did not, and took even additional wrong steps. Then this mismanagement was magnified through a nasty political crisis and recently US sanctions.

The root of the economical crisis comes way back. Even before Chavez. In a way we could say that Chavez invented no new deleterious practice: he just magnified them to unsuspected levels. It is too long to review that descent into economical hell, books have already been written about it. Let's just look at today's situation.

The end of the Venezuelan opposition, as we knew it

It is time to write that dreaded post, the funeral eulogy of the Venezuelan opposition as we knew it. Something else will come someday for sure but at this point in my life I wonder whether I should care, to tell you the truth.

Going through the catalogue of all of its failures is rather useless: the political conditions of the country have so changed that there are few lessons we could gain from spreading the blame around. Instead let's focus on the losers (there are no winners, before you ask).