Another thoroughly wasted year in Venezuela

The title, now that I think of it, is misleading. 2014 has not only being wasted, but it has also been destructive. We failed to advance on any aspect, and we went back quite a lot on others.

In Venezuela criminals are appointed to the High Court, TSJ (UPDATED)

The current cycle of the regime tight hold on ALL levers of power and decision is finally over: the high court has been packed solid red. As I wrote in a previous post, nothing is to be surprising there: the regime knows it has lost the majority in the country and since it is a mere band of thugs it is preparing itself to find ways to remain in control no matter what. This is the way thugs/mafia/criminals operate.

The only surprise here, whatsoever, is the brazenness of the whole thing. And today takes the top price as a criminal is one of the newly appointed 12 "justices". One would have hoped that the regime would have found some tiny fig leaf to hide the impudence of its actions. But no. For example, two of the "justices" appointed are directly involved in flagrant irregularities of Simonovis case, Marjorie Calderon and Maikel Moreno. This last one was already a legal creep in the Puente Llaguno and Danilo Anderson affairs. 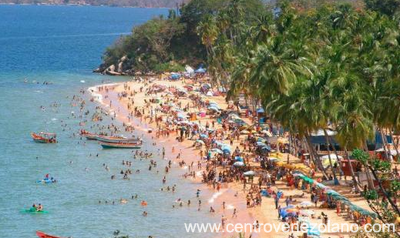 Amused by the latest "coup" in Venezuela

So, I start my day with this:

The main leaders of the opposition must express themselves [condemn?] nationally and internationally as to the coup from the government.

There is no doubt that the recent appointment of the "poder moral", the CNE and the high court (in a few hours) have been done against the constitution, never mind its spirit. No doubt whatsoever, even for chavismo whose brazen hurry in the whole thing is as perfect a confession as you could hope for.

So, why am I amused?

2015 has already started in Venezuela

And no, it is not that we have an obscure date line that we cross on our own. It is that the obscure power struggle inside chavismo is already in full swing, not waiting to be a 2015 crisis fall out.

Today Rafael Ramirez, once upon a time under Chavez the tsar of the wallet, has been demoted once more. A very few months ago having been pushed from holder of the oil purse to Foreign Minister, he is now mere ambassador to the UN. This confirms that a second group inside chavismo has lost its position and that the battle among the remaining surviving factions to occupy that space is in full swing. And the substitute to Ramirez indicates which are the factions on the rise: the lunatic left.

Two major newspapers have published letters as OpEd from the two sides of the Venezuelan spectrum. I will let you judge by yourself comparing them. I also re-publish them integrally so you do not need to seek the the links.

Dear readers, it is time to wish you a merry Christmas. At least, if you have the luck to reside outside of Venezuela the odds that your Christmas will be at least decent are good. Here in Venezuela it is going to be one the saddest Christmas in a long time, with significant odds of getting even worse in December 2015.

Contrary to many people I make a point to put the Twitter account of those that I do criticize on Twitter. It is just fair, it gives them a chance to reply back if they wish, it proves that I am not a hypocrite. Well, Diosdado Cabello, a frequent target of my tweets, does indeed read my tweets and does not like them (or whoever manages his account, the more likely possibility!) So I have been blocked! I am tickled pink!
Which is totally stupid anyway as I can open another account and read his tweets, criticize him, until I am blocked again. But such idiots can only get so much of my time...  thin skin....
Posted by Daniel at 4:53 AM 6 comments:

Email ThisBlogThis!Share to TwitterShare to FacebookShare to Pinterest
Labels: blogging as a way of life, cabello

Another day, another constitutional violation (UPDATED)

It cannot be any clearer (my emphasis)

2014: the year all and nothing changed

In Venezuelan history books, when the real ones will be written, it is possible that 2014 will be qualified as the year as all changed and yet nothing changed. 2014 will be framed between 2013 the year chavismo became an outright dictatorship and 2015 the year when all went to hell.

I suppose that a long time blogger must cave in to the routine of writing a year in review post. So might as well get over with it, even before writing a Merry Xmas post. And yet 2014 may still be full of surprise in Venezuela like the regime shutting out the opposition from any of the administrative post it deserves in a normal democracy (1). But the essential has been done: short of a major earthquake, tsunami or meteor crash, the deed that matters is done for Venezuela for 2014.

The year started after the infamous "dakazo" of November 2013, where allowing "legal" looting the regime ensured a municipal electoral victory the following December.  The stage was set for a regime ready for any trickery to flatter the bulk of a populace just out to grab anything regardless of the consequences. The first consequence was that the regime entered paralysis in doing anything that was not a give away, without cash for it. The second consequence was a division inside the opposition, between those that were not going to keep taking abuse from the regime and those who, well, may be talked into tolerating such abuses.

January woke up with empty shelves in all electronic, hardware, furniture stores and the like. These shelves never got replenished.  Some stores on occasion got some shipments that usually were tightly controlled by the Nazional Guard, if anything for them to have first pick. Thus started the constant item of this year, random scarcity of goods. Paper toilet did come back on a regular basis but never did milk while toiletries and laundry detergent are now treasure troves.

There is great confusion in Caracas.

On one hand the regime had been preparing for a major anti US offensive, rooted in a sanction bill that Obama finally signed. On the other hand, a day earlier Obama was for all purposes giving a free pass to over 5 decades of Castro's tyranny and their crimes. The local potentates, not trained at all in the world finesses are all in a major state of confusion. And contradictions galore.

Venezuela is done for; it is not me saying it, it is Raul Castro

The news today is of course Obama deciding to renew ties with Cuba after about 50 years of embargo and what not. I will not even bother to put up a link, just open your Google News section.

I am not going to argue the pros and cons. One thing is clear and it is that the embargo has not worked, has furnished the odious Castro criminals with an excuse that they have milked beyond the udder. Yet the failure of the embargo was not the idea per se, but the way successive weaklings applied it, speaking tough when the Miami Cuban vote was needed, forgetting about it as soon as they were sworn into some elected office. Clearly something had to be done and I am too busy, too overwhelmed by my own life and home problems to give you the opinion of my crystal ball about the well founded of that initiative of Obama, or any other possible one. 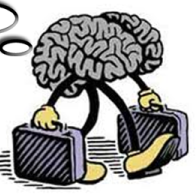 The Phantom of Miraflores

There is no doubt about it, not only Maduro is in denial but he has a plan. That the plan is written by Cubans willing to gamble on outright repression is inconsequential. That the plan has any chance of success is beyond the point. That chavismo itself will not support it is the least of his worries.

Right now all indicators are in free fall.

A small commentary on the exaggeration of the Bolivar collapse

For readers of this blog and other keen observers of Venezuelan reality, it has not passed without notice that the black market rate of the Venezuelan Bolivar (VEB) has taken a major dive in front of the America Dollar (USD).

When dictatorships have nothing left to lose: Machado on the spike

What is more surprising today is in fact that the regime did not jail Maria Corina Machado, when it could have done it exactly as it did with Leopoldo Lopez.  Why?


That tweet shows her leaving the prosecutor office after having been charged with conspiracy, which means that if she were to be found guilty after a trial she would get at the very least 8 years in jail. So, why is she, apparently, going to be tried "in liberty" while the same trial for Leopoldo Lopez is going nowhere, leaving him to languish in jail since February 18 in rather abject conditions? After all, there is no doubt about her being guilty by association with Lopez, as you can see by yourself next as she accompanied closely Leopoldo Lopez the day he was taken by the regime.