An impossible to avert PR mess for Maduro

Today two ex-presidents of Latin America, Piñera of Chile and Pastrana of Colombia (supported by Calderon of Mexico who had to bail out at the last minute)  are going to Ramo Verde jail near Caracas to visit Leopoldo Lopez.

The speech of Maduro last Tuesday left my numbed. All observers, even the regime, agree that Venezuela is today facing a deep, devastating economic crisis. And once again no serious action, not even serious punctual initiatives are taken. The regime is adrift, mined by internal struggles, bereft of the faintest clue as to what to do. And to top it all, after announcing crisis, economic war, sabotage, Maduro flies off, AGAIN, for the burial of the Saudi king when he could have dispatched there his useless vice president. The more so that the Saudi regime did not lend him any money a few days ago.

In recent posts I had mentioned some partial measures that would have improved somewhat the current situation. Not solved it, but improved it enough so as to give the regime more leverage to negotiate the real stuff.  Of course these observations may or may not be worthy and other people advance as many. But the point was to stress that even this late in game there were things the regime could o and should do. And did not once again. I could see it, anyone with half a brain could see it. But the regime refuses to see it.

Instead the regime clung desperately to:

Choses vues at the Hunger Games

I have not written much about the massive food and home supplies shortages that we have experienced this January. To begin with it has been years that I have been commenting about food shortages (1). This is not new, it is just a step closer to some paroxysm in the making. But there is also that fact of life that the first two weeks of January there are occasional shortages of this or that because of the bad habits of Venezuelans to shut down the country as early as the first week of December. Ill calculated inventories in X or Y stores can create a local shortage.

But this year it has become calamitous and bad planning in December cannot by any means account for the current disaster. What is happening now is strictly a direct consequences of the regime's disastrous policies as local producers could not even plan for bad inventories: they simply did what they could and hoped for the best. Now long lines at food stores are headlines world wide, even editorials.

It seems that we have reached that Thelma & Louise moment, where a regime finds itself on the edge of the cliff, trying to decide whether to jump, while idiot consultants tell them it is nice and sunny, after the fall.

I am not going to go much on Maduro trip around three continents. Thinking that he was a foreign minister once (he was not, he was Chavez errands boy), thinking that his skills would make him succeed where Ramirez failed, he went to a whole bunch of countries looking for deals and for higher oil prices. His novice, and incompetent, team accumulated one faux-pas after another, and in the end he looked the part of the guy hat in hand, begging for handouts, and not getting any.

His triumphal return to Venezuela was not a success even though Internet was down for half a day, delaying the pictorial diffusion of his poor reception committee.

The fiscal problem in Venezuela

These days Maduro is flying around the world as a beheaded chicken.  Why? He has no cash, no economy, and his only hope for political survival is to have oil go back to 80 USD a barrel. Hat in hand, default threats in hand, he is a sorry sight.  But 80 is not going to happen; and even if it were to happen it would not be enough.

I may want to digress as much as I want on a productivity problem in Venezuela, but there is a fiscal problem that looms even larger. Readers of this blog must remember that it has been quite a while we have started to discuss that the crazed currency problem is not been addressed as it should. Devaluations come late, incomplete and without a plan to avoid a new one. Budget deficits kept happily expanding as the regime needed more and more cash to buy voters that asked more and more for their vote. And now that the oil prices have collapsed we are about to consider eating our pets. But there are some solutions that could go a long way to stabilize the country and allow it to negotiate better surrendering terms with the IMF, WB or China (1).

Picture of the day

I would be remiss not to post what may be the most publicized picture from yesterday's Paris march. 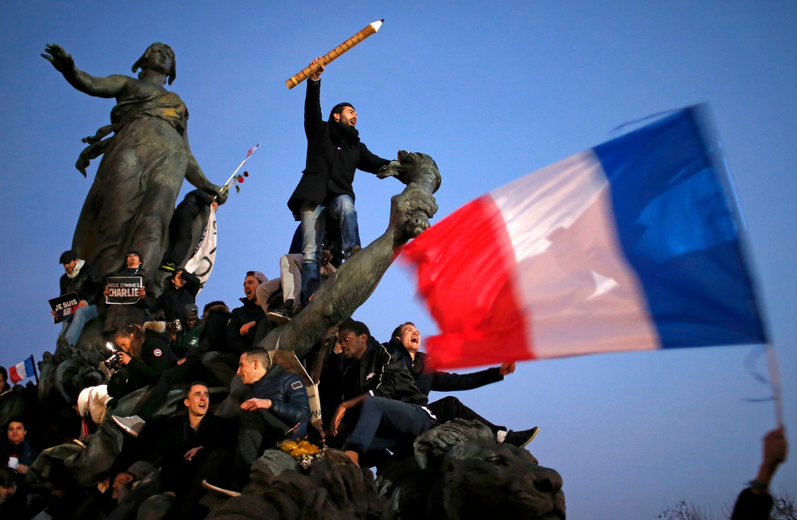 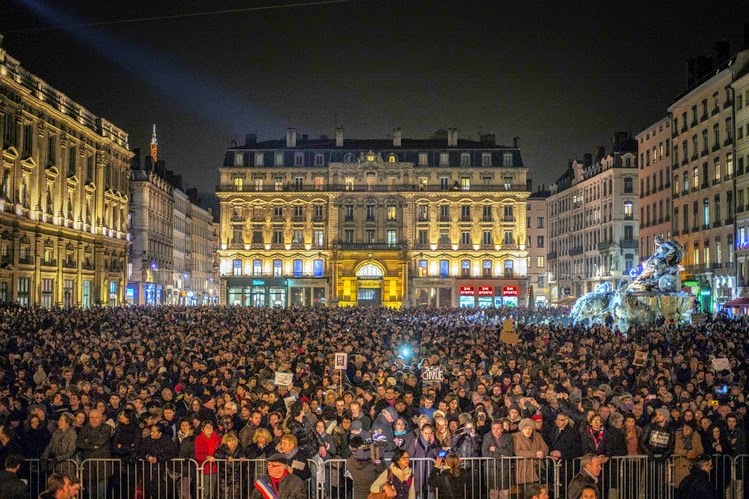 Words have failed me through the day.

It is not enough that in one of my countries my freedoms have been reduced to their finite expression, just enough that I am not forced to leave right now. Though the clock is running faster.

But my other country has been struck in what it is dearest in our hearts: freedom of expression, freedom to dissent, freedom to be civilized, freedom to make fun of.

Email ThisBlogThis!Share to TwitterShare to FacebookShare to Pinterest
Labels: freedom of expression, terrorism

We need the Fashion Police in Moscow (in memoriam Joan Rivers)

Maduro went hat in hand looking for fresh cash to avoid taking the measures he knows will do him in. Next a pictorial assay of the ridiculous and the "fail!".

The productivity problem in Venezuela

The mismanagement of Venezuela has created a rather weird economical crisis: very high inflation with a collapsing production.  The result is that in spite of potential high prices nobody wants or can produce; and a bankrupt regime cannot import all what is needed to replace the missing production. The question begs: why has production collapsed in Venezuela even though we have the resources and the people to produce?

For those who do not know where my comic book heart has always resided, there is a corner of my writing desk.

It has accompanied me through my many desks for nearly 30 years.

I probably would not be the blogger that I have been if it were not for Tintin. Do not ask me to explain that, you get it or you do not.

There are reasonable options but no one cares

With the objective of being ever so helpful and dodging the bullet on me always a critic, I am offering for this starting year a few things that could be done to temper somehow the economic crisis in Venezuela (1). I am, of course, perfectly aware that the regime will probably not come close to a single one, and that the opposition would not dare to state clearly what should be done. Sigh....

What 2014 left for Venezuela

It is kind of late to look at 2014 overall. I did resume the year for Venezuela but one should try to use the holidays to let the dust settle some and see what did really matter. Thus my very unbiased, very objective feelings (oxymoron intended) on what from 2014 will direct 2015.