Ways out of the mess, doubtful all, military for sure, recall it ain't

Last I wrote on ways to get out of this mess was June 11 (and April). Things have changed somewhat since these entries. Time to include recent developments. 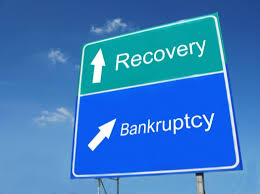 It is now vox populi that Venezuela is suffering a major politically induced economic crisis which has yielded bread lines and people dead from the lack of medicine. The two root causes are well known. Historically it starts with a dependency on a major resource to feed a dysfunctional patronage and welfare state; oil. Populism has been the continuing line of politics since the late 60ies, a line dramatically expanded by Hugo Chavez since 1998. To this tradition Chavez added incompetency, empty ideas, willful prejudice, corruption and even drug traffic, the lone prosperous industry in Venezuela these days.

It is not the aim of this entry to detail the catastrophe that has befallen Venezuela. I will only write some of the key events that have happened to my business, making it nearly bankrupt not through my own possible incompetency but through regulations that have strangled the life of all private business that are not associated with the corruption of the regime.

This past week we got dramatic examples on the limits of democracy. Let's dispatch Brexit fast as the "revocatorio" will require some details.