The evil that circles us

Today Leopoldo Lopez had an OpEd piece published in the Washington Post. The piece may seem short on specifics for us here in Venezuela but we are not the audience. The audience is the US political class in its time of trial during primary season, to let them know that on inauguration day the worst problem in the Western Hemisphere awaiting them will be the humanitarian crisis that is starting in Venezuela this past few weeks. The silence of the US has helped a lot Venezuela become a failed state as Lopez letter implies.

I am watching and reading some of the news on Venezuela, slightly bemused. Apparently they are so unbelievable for the civilized world that one would be forgiven to think that Venezuela: survivor is just your latest reality show fade, somewhere between the Kardashians for its bad taste and Chopped for its cut throat run for food. My favorite of the day comes from a segment from yesterday nightly news (the big one at France 2) which starts with a food line. Yet readers of this blog have seen much more impressive lines filmed by yours truly, in this blog or Instagram.

But it is getting serious and CÑN tonight had a title with "no bread in Venezuela".

It is true and it is not amusing.

Musings on the pharmaceutical genocidal debacle

Thinking about what I wrote last night, giving Maduro a D-. I realized that I was too generous, that my Scientific objectivity took above my best judgement. These measures mean nothing, at best it is a way for him to gain a few more weeks until he finds a way to save his ass. Nothing basic will change in the system. That is all.

A brutal slap drove that point a couple of hours ago. In yet another cadena Maduro sat in front of him representatives of the pharmaceutical sector to "restart" production which apparently to  him has unaccountably stopped. Basically he rediscovered the wheel and medicines will churned soon for the great contentment of the people. Unfortunately I wok in the sector and things are not as rosy as he would like el pueblo to believe.

Maduro's economic measures get a D- ; but the objective is elsewhere

Finally, after nearly three years in office, Nicolas Maduro decided (or was it decided for him?) to take some economic measures. Too little, too late. He does not get an F because he dares to increase the price of gas. I suppose that gives him a C for effort, and the rest is F. Before I get into the details it is noteworthy that the measures are announced barely hours after he fired his economic minister (Salas) and failed to put in jail Polar's CEO Mendoza and expropriate the group as radicals wanted. Combine that with the creation of a new monster controlled by the military, CAMIMPEG, and you know that the military are behind the whole thing (but more on that in a future post).

Thus, even if I have other things in my mind these days I need to summarize what happened today to give you guys the real meaning of the whole thing. In no particular order.

Before mentioning that I was victim last Friday I am going to mention briefly the last electricity horror shortage.  A few years ago, on account of El Niño, Chavez started an ambitious, no expense spared, plan to generate enough thermal electric energy to save us from the vagaries of the Caroni river from which, if well managed, we could get more than three quarters of our electricity. He went on one of his many idiocies implying that too many dams would dry down the "poor" river as an excuse for all the immense delays on the magnificent planning left by previous governments.

Taking advantage of the half week (after Carnival holidays), that tomorrow there is no session in the Assembly, the high court , TSJ, decided that the vote to reject the Emergency decree of last January was not valid and thus the decree has been valid since January 14.

You are going to need a lot of pennies for my thoughts.  Let's get going.

When ration cards are an economic best option

I guess long time readers of this blog may blanch at the title, but bear with me a tad longer.

This is the feeling since I came back. First, I could not believe the visible degradation in supplies in a mere ten days. Today I did my first grocery shopping with my usual non regulated price items and it was, I kid you not, at least 25% above what I paid last time. More worryingly, since I still can afford for the time being, my deli was out of all but the strict basics. That is, no salami, no biscotto ham, etc...That already meager shelf when compared to more civilized countries was simply empty.

But the bewilderment was stronger as I started catching up with the politics. Oh my, oh my.... 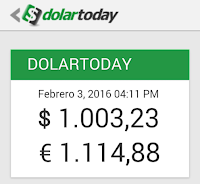