The day after (election YV-6)

So, coverage of the election by this blog has been light this time around. But that is no excuse to make it complete. One thing is to vote and another what happens Monday 7. Let's see.

One week ago Argentina elected a new president, the first certifiably peronist free in decades. As expected there will be changes in Argentina foreign policy. What was less expected is the speed at which president elect Macri started those changes, more than two weeks before being sworn in. To begin with, of the few people allowed on the election night stand, one was Leopoldo Lopez wife, Lilian Tintori. This made it to the opening news of CNNSpanish... 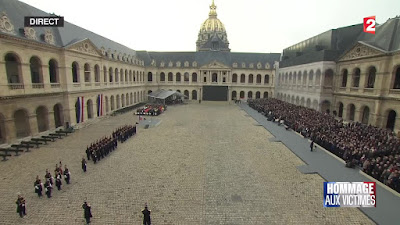 In past elections I have made predictions that often turned out acceptable to excellent (and sometimes not). This time around as announced, I have not made any exhaustive analysis of numbers and trends because, well, I have no time, not that much interest, the election is too emotional, etc...  And mostly because I do not know what will happen on December 6, but I know quite well what will start on December 7. If the regime does not cancel the election, still a possibility for a crazed Maduro.

Yet, I should still play a little.

As Caucaguita goes so will the election go (election YV-4)

Long time readers of this blog will remember that I have picked up Caucaguita as a bell-weather district in all election analysis that I have written along these many years. Sometimes even with regularly updated graphs as years added more data. As I have written a few months ago this time around I have neither the intention, nor the time to analyze in detail this most emotional of elections, amen of the worst treachery factor since 1999. But I did promise a few short posts in the last days to help interested people understand what is going on. So I went to my Caucaguita electoral figures and came up with this simplified version.

A small gathering at Plaza Altamira


It had to be opposition mayors that had a gathering in support of France after the Paris attacks. In addition of the Embassy top brass, the mayors of Chacao and El Hatillo attended (Muchacho and Smolanski). As far as I know no chavista mayor did shit. But they are too busy trying to save their electoral skins and covering up for the first family drug deals.

This is also my flag, and more so today.
This is the flag that stands for a secular society ruled by law.

Flowers and letters: no romance for the revolutionary corpse

It is hard to underestimate the weigh of this week's events on an agonizing Maduro's headed regime. Even your prudent blogger is cautiously allowing himself to believe that yes, indeed, the regime's life should be counted in weeks... Or that at the very least a major change is just around the corner.

The week started with the reply sent to Tibisay Lucena by OAS Secretary Luis Almagro. See, Almagro got really upset about the flippancy of Tibisay Lucena, head of the CNE, Venezuela's electoral board. The woman, on orders from the regime that she is only too happy to oblige, is refusing ANY supervision to the crucial electoral process coming on December 6.

Can the opposition win? (election YV-3)

This is a rhetorical question: even the once neutral to favorable pollsters historically putting chavismo even or ahead are now giving the opposition a two digit lead. And yet things are not that simple.

Tourism in Venezuela: at your own risk

So I was away for a few days of beach, sand and surf. Not quite.