Venezuela's Dog Days of August, as in barking

This summer has been nothing of the quiet vacation time, the regime pushing up its attacks while the country is supposedly anesthetized by the summer break. Well, it is always summer here, let's call it the school break. And yet for all its effort the regime is not reaching its goals. Not that the opposition is reaching theirs, mind you. What is at work here is the relentless crisis that seems to be reshuffling the deck constantly. Thus maybe it is time to do a short summary at where we stand at.

The Venezuelan dictatorship in action

Having made the case that Venezuela is now under a novel dictatorship form of government, there is nothing left for this blog but to illustrate our hypothesis with probationary evidence. In a single day, we got three to discuss.

I am back in San Felipe after a few days in Caracas, when we learned the end of Globovision. And thus I had to face my first evening without Leopoldo Castillo, a.k.a. El Ciudadano. It is not that I was a slave of that show, never watching it when I am away from home, but in San Felipe it was part of my routine, the essential routine considering that I got ideas for many a post by listening to the discussions of the talk show.

Email ThisBlogThis!Share to TwitterShare to FacebookShare to Pinterest
Labels: freedom of expression, freedom of information, globovision

Even though for informed people the Venezuelan regime has become a symbol of utter corruption, immeasurable incompetence, sublime contempt for the rule of law and plasticity for human rights, you read here and there that we are a democracy. We cannot possibly be a dictatorship because people are happy and keep reëlecting the same folks letting hysterics dominate Twitter. What these people fail to notice is that the concept of dictatorship has evolved with the times. Now, in the earlier part of the XXI century, in an age of mass media and massive social media, the tools of dictatorship have had to evolve, even if old means are yet to be out of fashion as we see in Egypt these days.

To understand that "adaptation of dictatorship to new realities" let's start by remembering what are the core concepts of democracy and, as a consequence, what trumps a democracy and can thus represent the basic tools to sustain a dictatorship.

Maduro's confession that he is a totalitarian; and yet controls shit

Sometimes the glorious bolibanana revolution comes up with snippets that one does not know whether to cry or laugh one's head off.  Maduro delivered such a revealing doozie yesterday that the mind reels. In short he went to justify that the PSUV Chavez party did not hold primaries for the following reasons [with my comments included]:

I was at a small social gathering when through twitter we learned that Leopoldo Castillo, the anchor for 12 years of Alo Ciudadano, was quitting. Thus ended the party. Thus died the last independent talk show on Venezuelan TV, and I dare say Globovision. As of tonight there is no TV network in Venezuela that has a critical view of the regime: all are either outright propaganda or neutered journalism that passes as little as possible unfavorable news for the regime. If any. Now, to get a more complete view of the news in Venezuela, the real news, the real problems, you need to read more than one newspaper, you need to scour through Internet, and if you are lucky you live in a town that has still some semi independent radio stations (independent radio stations seem to be rare these days, and only in major centers). But TV is out.

Homophobia as a chavista weapon to destroy the opposition

Besides that I am particularly sensitive on the topic, what was most disgraceful tonight was the deliberate use of insult and homophobia to taint the opposition. Chavismo must have reached real lows that it is left with the language of the lowest life thug as political argument against its political adversaries.  Let me try to summarize briefly, if I can, if my mind clears up some after the homophobic onslaught to which we were subject today, live on TV.

Yesterday's High Court, TSJ, decision was not earth shattering, by far, but it was momentous nevertheless. Though its effect has to be sought in the psyche of the players rather than any direct consequences.  For the opposition, it makes little difference except that the intention of putting Capriles behind bars is truly obvious. Strategy adjustments will have to be made accordingly. For chavismo the consequences are more complex.

A heavy fine for El Nacional to attack freedom of expression

We have just learned that El Nacional, the most anti Chavez paper of the country, and with El Universal the most venerable, has received a breaking fine of 1% of its 2010 revenue. The reason was the front page publication of a morgue picture with the bodies piled up in an utter mess as the morgue simply could not deal with the crime rates. I have already covered these issues in 2010 and I send you back to the entries of the time: this, this one and that one with the picture. El Nacional of course carries a complete historical here. Thus there is nothing for me to say in addition, just the need to point out that the repression is going full swing in Venezuela.
Posted by Daniel at 2:47 AM 2 comments:

What happened today: the post-Chavez regime digs in and scales up repression

Certainly today's headline is the Venezuelan High Court, TSJ, emitting one of its most shameful decisions ever (and the competition is stiff). But three other events today are equally telling and all put together are true reasons to worry.

Let's start with the headline. The TSJ had to make a decision on the challenge to the election of last April. The problem it faced is that any decision that would imply an actual revision of voting conditions for last April would without a doubt open a can of worms. There were already two clearly established electoral irregularities that did not require lengthy study: people accompanied forcibly to vote, on video, and the lists of people "dead" that did vote. Those two, by themselves, were enough to erase the "vote advantage" of Maduro in April and examination of the other claims would reveal that Maduro lost. The TSJ, formed by regime's place holders who simply sign decisions written by political agents, were in an impossible situation: accepting to review the challenges was opening the door for proving the illegitimacy of Maduro; refusing to review the challenges was tantamount to recognize that fraud had taken place. They chose a variation of the second, which is that the 10 electoral challenges were ill written and groundless, thus inadmissible for examination. The 10 challenges! As if all lawyers of the opposition were equally incompetent! As if the videos and death roll did not exist! As if what international observers reported on April 14 was misguided!

As expected, the Venezuelan high court, TSJ, confirms that Venezuela is officially a dictatorship

UPDATED. We just learned that the high court of Venezuela, TSJ, has decided UNANIMOUSLY that the electoral challenges that the opposition sent are not receivable.

There is no surprise there, though I would have expected that at least one justice would have dissented, you know, to save appearances. But the regime is now in full dictatorship mode and the time for such subtleties is past. Long past if you ask me.  Also the reasons for the TSJ to discard the arguments are of no interest. It is proven already that people who were dead voted and that that many had to vote under supervision. This is public knowledge, does not require any court verdict besides the one annulling the vote in, at the very least, those centers where such fraud took place. What the TSJ will write are mere manipulations of the law, which they have been doing at a hectic pace since Chavez got sick to ensure that the regime retains power.

Can we already draw a preliminary score card for December vote?

It seems so, when you consider who is running and who is not.

Why it is impossible to discuss with a chavista

And more so with a PSF, those foreigners that think they know it all about Venezuela and Chavez.

Chavismo surprises us all with its mayoral candidates

UPDATED, already... I know, I know, I was going to cover as little as possible the upcoming election but the announcement of some of chavismo candidates cannot be ignored. It is at the same time a major blunder and yet a sleek political move. How so?

The pragmatic option, forced on us

After writing yesterday about what seems to be the strategy of the opposition for the next few months I read tweets from Pedro Burelli that made me think and write this follow up to last post, if you will.

Is Venezuelan opposition dragged into a coherent strategy?

The end result of this week may be unexpected. Both sides accumulated failure after failure and yet, the opposition may have come on top significantly with the real tool it needs most: a strategy. 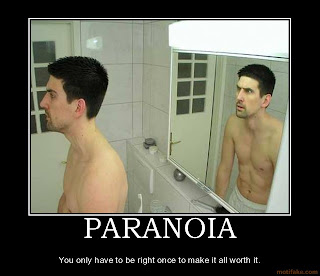 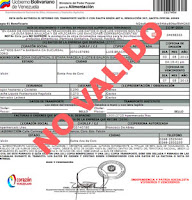