I was going to write last night a fascinating post about the battles between UNT and PJ overt the control of local politics, but paraphrasing Laureano Marquez in Tal Cual today, the lights went out last night in San Felipe, for almost an hour. By the time light came back it was for me to stand up and turn off what I had missed, and back to bed. Fortunately Luareano's cartoon in today's Tal Cual gave me a fast post for your entertainment. 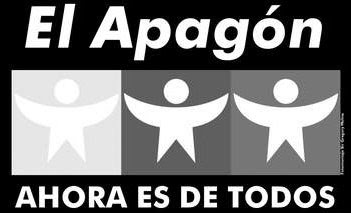 As a supplement of this, for those who read Spanish I will recommend an editorial of Gustavo Coronel in Petroleum World which will explain to you briefly why the electric distribution in Venezuela is so catastrophic now.

And I will refer you to yet another article of Tal Cual, the back page, where you can read Chavez explanation on why we are left in the dark, more and more often. (Note: lat night I was thankful because voltage went down for a bout 5 minutes before the lights went out, and thus I had plenty of time to get my torch candles and matches ready.) But since my readers are busy people and most do not have a Tal Cual access I will summarize: it is all the fault of the 4th republic as no new thermal plants has been built since 1984. What has Chavez been doing for his ten years tenure is a mystery for all, but it is certainly not because of his diffidence that we are left in the dark. Well, a few more outages by November 23 and we will see who is left in the dark this time.

Or as the cartoon above says, we ALL suffer from power outage, chavistas and anti chavistas alike, with special notice to those who must replace their appliances after one power outage too many. For all of us, hearing chavez saying that we should turn off our lights and avoid waste is just a plain mockery when our refrigerator is on the fritz.....