The Hubble and Vietnam

Strange title, no? But my morning press review yielded two articles that I found strangely poignant as to what is happening in my poor country, and both unwillingly highlighting the Venezuelan sink hole.

Daniel Heninnger at the Wall Street Journal waxes rhapsodic over the 4th mission to fix the Hubble space telescope. And sadly the last one since it will not be worth fixing again this monument of science as Heninnger so justly calls what the Hubble has become, in particular for scientists like me. 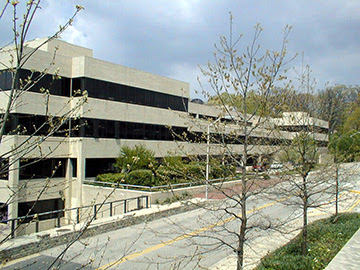 Hopkins University was built. In fact, one summer I was biking almost everyday in front of the construction site one my way to lab, through sinuous and wooded San Martin Drive, wondering how nice it would be to be an astronomer and work on that project. I do have fond memories from my years at the Homewood Campus and the excitement over the Hubble is certainly one of the most elating moments. No scientist could remain immune to the magic of peering into the universe, in particular people like me peering into chromosomes, getting closer to the infinitely small if I dare to bring such a silly comparison.

But back on track. Henninger article is interesting because he contrasts one week of cheap bureaucratic infighting around such silly things as whether Pelosi knew, knew not or whether she is stalling in undignified way. While all these pettiness reigns in DC, as usual, a few miles North people were holding their breath at the true wonder of science and technology.

Here in Venezuela political infighting is way more degraded than in Washington and we have no solace in any true scientific or technological achievement as the "Venezuelan" satellite is 100% Chinese made and apparently is not working. In fact when we read that a hundred kids were food poisoned yesterday in what is supposed to give us pride, the bolivarian health cum education system, or that a chavista student says he is failing because his opposition teachers are after him, then we have to refrain our strong urge to cry. A country like that is never going to get even a small part in a project like the Hubble.

The other article is even more worrying as Roger Cohen basically espouses a mercantile splendid isolation as a way to engage the betterment of other countries. OK, he is not as crass as I put it, but in short he implies that the US should not be in a hurry in getting democratic results from other countries, just settle for them to get economic improvement for their populace. As such he looks at the Vietnamese success.

Roger Cohen might not realize it quite well, but he is advancing that periodic return of US society to an insulation of other countries woes, something understandable after the Iraq waste, but something in the end counterproductive as there is always a Pearl Harbor in the horizon, even if today the date has been shifted from December to September.

He includes Cuba and Iran in what is a possible accommodation, one that should even be easier than the one operated with Vietnam who now even sends its military to visit US military. Once we can overcome yet another evidence on how Venezuela is becoming irrelevant, we can also see how this is wrong as Venezuela is still a country where adequate pressure can go much further than in long held autocratic regimes such as Iran or Cuba. But in Cohen's mind Chavez is more of a gnat than anything else, he has no more time for us.

And can we blame him? Not only we put up with Chavez antics, but we keep voting him back in office. For the world it is quite clear: we deserve what we are getting and the world has moved on, knowing full well that eventually like Vietnam we will come back, hat in hand, but without the Vietnamese culture which has allowed the country to recover. Perhaps the most interesting comment in the whole Cohen piece is that positive Vietnamese outlook to the present and future, whereas the outlook that Chavez tries to impose on us is so strongly anchored in a past that did not even exist that we are left with an additional cultural burden that I do not see how we can get rid of it.

No, only culture, that inadequate word, can explain Vietnam’s ability to look forward. In Buddhism and Confucianism, which suffuse Vietnamese life, the present and future are prized.

What can we write on Venezuela today, free of any sloganeering, something that would reflect a core value of our people, something that might allow us to get out of the ditch we have fallen in because an oil driven drunken stupor that started half a century ago? What suffuses Venezuelan culture today is quick fixes and a love for the "send it over".