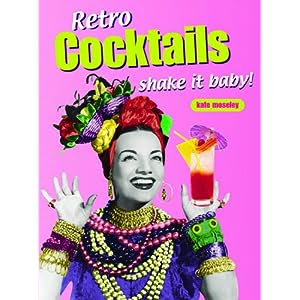 I have lost much interest in following the inner works of chavismo.  I do not mean to say by that that what happens inside chavismo is not important but it is now so clouded in mystery, so dependent on Chavez whims, so perturbed by his disease that there is just too much speculation and garbage to sort out before one can begin to understand what is going on.  Besides, we already know anyway: rule1, Chavez is the boss; rule 2, Chavez is the only boss, rule 3, Chavez is way above anyone else; rule 4 you better stay quiet and rule 5, if you do not stay quiet, if you bring the slightest of a hint of a shade on the bright glory of Chavez, expect the worst and be thankful for it.  The list of people that were tossed to the garbage since Chavez is in office is now too tedious to count, only the list of the few ones that were dug out from the trash is worth any interest.

You will thus be forgiving of my slight coverage on these issues in the past few months, much preferring to write on the dynamics of the opposition primaries.  But on occasion I have to come back to it and even ride Miguel's approach, as good as any speculation you may find around, and probably much better as way less hysterical.  Because, let's face it, are you not tired sick of the constant waves of rumors about Chavez health, more than likely now totally orchestrated from Miraflores Palace so we discuss that rather the myriad of problems harassing our daily existence?  At the top of Chavez disease I barely participated in them and now I simply erase any mail or tweet on that.  Call me when he finally croaks.

But this week shake up was a tad too much to ignore.  So, no speculation from me but rather a tentative explanation of why such things are happening and why they will keep happening, at least until next March.

First Chavez is sick.  How sick?  Who cares anymore! The thing is that his now avowed mortality with a je ne sais quoi of the lady does protest too much that she is cured, must lead us to the belief that there is uncertainty about how vigorous Chavez will be for a difficult campaign, and even whether he can manage to reach for October 2012 and anyway, even if he reaches that date and win, how long will he be able to stay in office until he has to be replaced by someone.

Thus, second, Chavez is in the most terrible of positions to have to plan for a successor even if in  his core self he believes that there is no revolution without him, that no one is worthy to step in, etc, etc...  But he may croak and he needs to think about the future of his clan, the famous Chavez robbing brothers who own by now some of the biggest fortunes of Venezuela.  If not the biggest when you put all of them together.  No arguing that: look at their life style, their farms, their secrecy, etc., etc.  These guys are loaded and are torn between the need for discretion and the nouveau riche desire to show it off.

Which leads us to third, that the only possible heir that Chavez would have is a relative, just as Fidel did, just as Papa doc did, just as Somoza did, just as many were about to try in Libya, Egypt, etc.  Not for Chavez the subtleties of Mexico's PRI or the successive generals of Brazil, or even, pushing the envelope, India's Ghandis.  A Chavez ruling is the only reality accepted.

The problem is that form a legal point of view he really cannot put up one of his brothers unless he changes a few things first.  His daughters seem evil and willing enough but are still too young; his son, nobody knows where his son his, rumored to be partying around, gay, whatever.  There is a son in law but he has zero charisma and he is pure evil himself, oozing it (I remember him when he was a mere talk show host at VTV pre-2002, before he boinked a Chavez, and I do not think I would have been able to shake his hand then).

And of course within the PSUV and barracks a few know these harsh facts of life and think that if they do not make their move soon, if a heir is finally in place, well, bye! bye! presidential hopes forever.  Note: observe I am not even bringing in the Cuban factor since for them the choice is easier, "whoever keeps sending us our monthly allowance".

So that is why Chavez keeps downsizing people like Diosdado, to bring him back up again while the "heir apparent" Maduro is downgraded to running for Carabobo governor.  Note 1: I happen to think that Maduro is perhaps the lone choice that chavismo has for that state after the amazing fiasco of La Hojilla  creep in becoming its governor in 2008, Carabobo having become la bête noire of Chavez.  Note 2: I never quite bought the Maduro "heir apparent" thinggy. What Chavez is doing is simply making sure that no one gets strong enough to threaten him, or any of his heirs when he finally settles for one.  But not destroying them either so that they will be able to support and help his heir to prevail for the succession.  A complex game that will be repeated over and over again for as long as needed and for as long as the opposition speaks of that before it speaks of lack of jobs, inflation, potholes, etc, etc.....

The only thing that bothers me in this whole charade is how primitive, how out of place, Chavez mind is.  But then again, as I have written already in the past, Chavez is a reactionary, XIX century style, someone absolutely unable to understand the future.

To conclude this waste of time, a piece of advice: do not bother anymore about Chavez health, do not follow rumors, unfollow Boccaranda on your twitter, pay at most a distant attention to regime changes (though watch out for the laws popping out), enjoy the primaries and your Xmas holiday.
Posted by Daniel at 4:29 AM