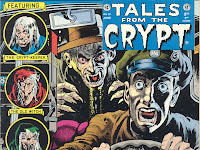 Today the surprise is the official return of Diosdado Cabello to the forefront as the plum political job of presiding the National Assembly becomes his.  True, in December he was promoted back to the direction of the PSUV but from there to reign at the Assembly?

Diosdado Cabello has never been too far from these pages, from the description of his newly acquired wealth and power to his "triumvirate" position with Chavez and Chacon.  If it seems that Jesse Chacon is definitely out as his brother still lingers in jail while himself has been downgraded to official pollster of the regime, it also seems that Chavez has not been able to get rid of Diosdado Cabello.  From here deciding whether the fight continues is not possible. However we can surmise that the disease of Chavez and the ability of Diosdado to retain a power quota (he managed to have quite a few of his unconditional win the "PSUV primaries" for the legislative elections of 2010, including his wife) have conspired to this renewed burst of realpolitik.

For all the tales of succession Chavez has no real heir because as a good autocrat he has always been more concerned about cutting down to size new promising talent than promoting it.  Thus only reckless and ruhtless operators like Diosdado have a chance of surviving.  And now that Chavez is sick and that there is a need to have someone at hand to avoid a feared collapse of the regime, Chavez is placed with the unappetizing bite of having to revive one of the triumvirate legs.  Chavez still has moves to avoid a full rebirth of Diosdado: for example he has yet to appoint a new vice-president that could quickly become a counter balance to Diosdado. But that would not be a new triumvirate because the previous one was born of common necessity while right now any vice-president Chavez names will be seen automatically as a natural rival of Diosdado.

What does this all mean in practical terms?  It all depends if Chavez indeed wants Diosdado to be a potential successor (and thus acknowledging his own novel political weakness).

If Chavez is indeed weakening and that there is a doubt as his ability to run in October  then Diosdado is a natural candidate, together with whomever Chavez names to replace Jaua at the Vice-presidency.  That way Chavez will still have a choice of sorts when the time comes.  Besides, currently Diosdado has his uses as the campaign develops: no one inside of chavismo has the chutzpah to bully, insult, and violate the rights of the opposition as Diosdado does.  His actions and speeches in the National Assembly since he was elected to it a year ago have made him one of the most despicable characters to haunt its hallways.  We should not be surprised of course, Diosdado is a very corrupt military and thus the kind of folk least able to understand any shade of meaning in words such as "democracy" or "ethics".  From his new position we can expected an even bolder jerk, if possible.

But if Chavez is feeling healthy enough the promotion of Diosdado might just be a trick to get rid of him once and for all after October 7.  For example Chavez can use Diosdado to do all of the dirty work that he should not do during the campaign, such attending rallies to insult the opposition candidates since it is clear that Chavez campaign this time around will be much more on TV than on the stump.  It would be a classical example of giving him rope so Diosdado can hang himself.  It could work if Chavez manages a convincing reelection and if he has time to groom a counter balance to Diosdado, who today controls the lone faction of the PSUV with some real power now that the presumptive heir Maduro has been evicted to Carabobo state where he is likely to disappear along his clan (Cilia Flores, defenestrated from her Assembly position, and other civilians that have been filling up the graveyard of chavismo leaving mostly militaries in charge everywhere).

We will see soon enough.
Posted by Daniel at 2:55 PM