And CNN is among the top in their obsession with headlines, driving them to draw a map of Snowden options. 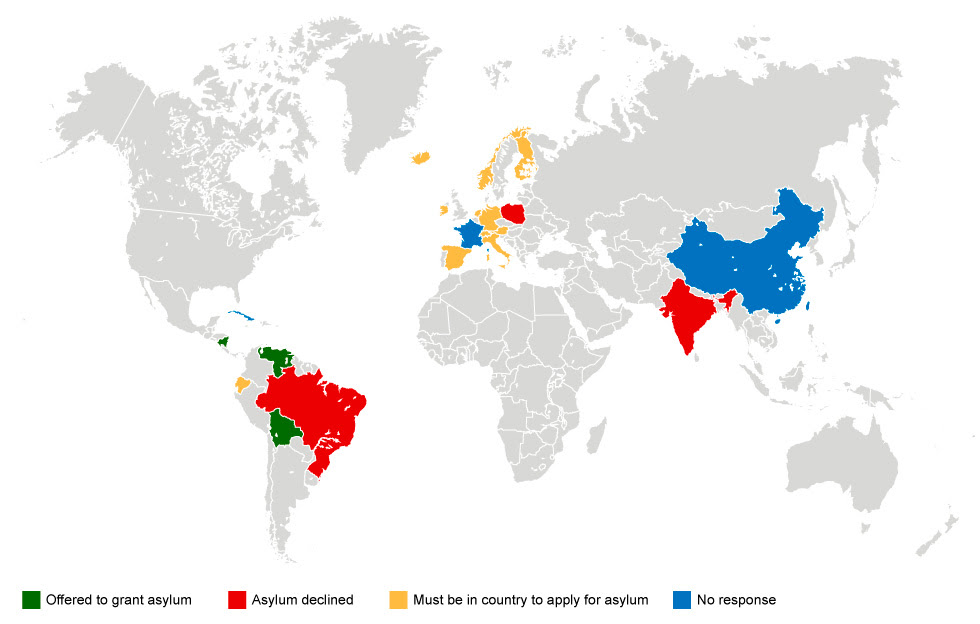 At least that map illustrates quite well the idiocy that Snowden committed. In green the states that accepted him, and are, interestingly, among the top freedom violators of the world.  Venezuela is a major offender as private conversations are routinely taped by the regime and played on state TV, including enough manipulation of the material to perpetrate character assassination. Such playing being also illegal, of course. And there is no way to get a court to accept and process your complaint. And let's not get in all sorts of human rights violations  that take place daily here.  And Assange and the combo that manipulate Snowden from the start, do they think that going to Venezuela will improve their international standing?

No. What it is all about is a bunch of anti US guys willing to do anything, ANYTHING, to screw America as if this would arrange their own problems in life. Pathetic, from Maduro offering asylum in a country without toilet paper to Snowden looking more idiotic by the minute.

I have a question: do these creeps understand that their show is actually diminishing the US and other countries spying on our private lives? That their antics are totally counterproductive among the people that they seek to convince?
Posted by Daniel at 10:57 PM