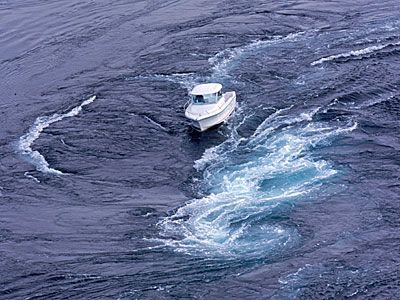 The question here is who is most adrift in Venezuela today, the regime or the opposition?  The crisis that started late January in Tachira has spread as no other crisis has spread in Venezuela since "el caracazo" when looting happened in all major cities, to varied extent for sure, but enough to leave a memory.

This time around is not about looting, is not about kicking Chavez out, it is about a country that sees a devastating economic crisis ahead and the implied final loss of hope.  Failure to understand that is a major handicap in trying to speculate on "what next?".


The first consequence is that if the opposition is particularly vocal the supporters of the regime are particularly quiet. Maduro is unable to excite them in the defense of "economic" rights that are everyday negated when you have to stand in line for hours for a meager supply of basic staples. Only the violent paramilitary groups who owe their existence, their raison d’être, to Chavez and the regime can be found willingly shooting protesters. And yet this does not imply they are all on board.

The regime is paralyzed, it has no idea what to do so it threatens, kicks out a few USA embassy personnel, accuses Uribe of planning everything. As if Uribe, or anyone for that matter could convince groups to riot from San Cristobal to Puerto Ordaz which surprisingly has had some of the largest gatherings in spite of having one of the worst climate for such rallies.

That does not mean the regime is out. It is desperate enough, compromised enough, scared enough, to try to launch a massive repression if need be. But the future of the regime is strictly along the lines of a dictatorship. The regime knows that never again it will be able to win an election without massive electoral fraud. It could not make it in April 2013, it will not make it later when people are hungry or frustrated at not having the perks they took for granted. By definition a dictatorship has always an expiration date unless it exists on an island jail.

The opposition is equally adrift because it is torn between those that do not want to deal with the mess, those that are quite content to let the country go to hell thinking that they will pick up the pieces as saviors, and those that cannot accept such Quietism. The later ones are the youth, of course, but also the business owners and their employees who understand very well the danger ahead, who know perfectly well that the crisis that the regime seems unwilling and or unable to deal with will leave nothing worth fighting for, in a matter of months, or weeks for some.  You can also add to them those who are tired to see relatives go into exile, those who are tired of crime, those that are tired of the naked abuse and arrogance and vulgarity of the post Chavez staff. This is more than the students without future, it is a social cry of despair.

The opposition leadership is almost as clueless as the regime is. Gut feelings of people like Lopez or Machado were right, but the wave they thought surfing with ease turned out to be a cold day at Mavericks. Capriles thought that time was on his side, that the times of God were perfect and suddenly he has to direct an anger that he failed to measure. He is catching up fast but there is nothing to tell us he will catch up in the end.

The army is the one most adrift. Composed by an overextend fattened and corrupt higher ranks it has to order the middle ranks to go and shoot protesters. Without knowing whether these folks will accept to stain their life sheets to protect higher ups that they cannot possible respect at best, or envy at worst in their desire to replace them and benefit from their corruption. Any officer with a slight amount of education knows what happened to Videla, Pinochet, or Mladic.

When the history of coming days will be written there will be no winners, only losers. And a tragic ending, whether the regime passes. Maybe it is time the world starts taking a little bit of the responsibility it has had in letting monstrosities like Cuba survive for that long. Your moral superiority can allow you to be adrift for only so long until you start paying the consequences.