Alek Boyd tells us how he was robbed of his lap tops, and only them

Two days ago Alek Boyd, well know to our readers, suffered a break in at his home in London. Interestingly the only thing they took away was his lap tops. Money, cash, passports, remained behind. Just the lap tops. Since he has been a long time investigator of the Chavez regime corruption this blog asked him a few questions. 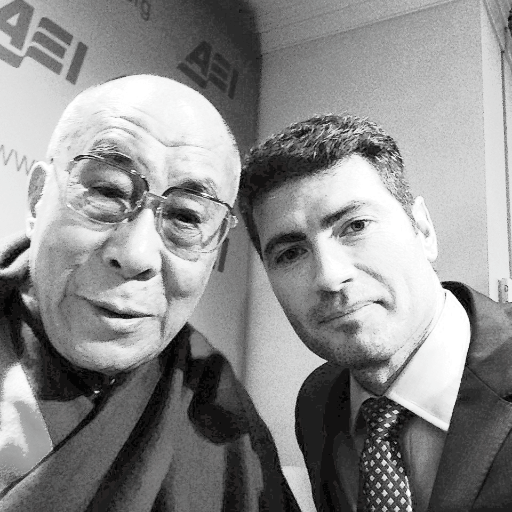 We have been surprised to learn that even in London methods like those used in Venezuela to harass opposition are applied. Could you briefly tell us what happened?

Basically, one and/or a group of subjects of my investigations must have felt that breaking and entering into my flat, and stealing a couple of laptops would send a chill down my spine, and I would be silenced, or blackmailed with the information potentially retrieved. For years chavistas and their associates have been sending death threats, have launched smear campaigns to tarnish my reputation, have tried to hack my website and email accounts, have initiated ridiculously spurious legal cases against me, have attacked my family, all with the purpose of shutting me down. In their infinite ineptitude, they truly believe that the methods they use in Caracas can be extrapolated to any other place, without consequences. But they keep miscalculating, and erring.


Do you have any suspect or suspects?

Three suspects (people that have no relation or business whatsoever in this building) were filmed inside and around the place. Eventually they gained entry, hid in the staircase waiting for us to leave, forced my lock, and got what they were after. Let's just say that they left enough incriminating evidence behind (rain poncho, mobile phone, fingerprints) for the forensics to work on, which coupled with abundant CCTV recordings will hopefully reveal their identities sooner or later. No one walks through Central London without detection, but obviously this lot didn't get the memo.[Note: since this was posted Alek has added to his blog pictures of the trespassers]

Why? What do you think they are looking for?

I think they are after my sources, they want to know who is leaking stuff to me. Given that there's an absolute lack of rule of law in Venezuela, I fear they will apply "chavista justice" -a la Afiuni and so many others- to the brave souls that keep me informed.

Yet, you have rather been silent in recent weeks. Your latest report is over a month old. Any reason for that?

Yes, I have embarked in a seemingly infinite project of mapping out the Boliburgeoisie and its connections and business with chavismo, which I plan to turn into a book. In the current circumstances, political careers in Venezuela do not end with sunlight on corruption. But the Boligarchs are "en franca expansión internacional". Venezuela has become too little, backward and unsophisticated to this lot, and boy do they abhor someone bringing to light research on their ill gotten fortunes. Spain, the US, France, Germany, and then of course, St Tropez, Monaco, St Barts... They want to rob shoulders with the global rich you see, and in that legitimisation process, which I like to call Slimification, online profiles made up by the likes of RaFa must be protected at all cost. [Note: Bolibourgeois and Boligarchs are the nouveau riche of the chavista regime, those who made millions through sweet uncontrolled "deals" with the government, from phony and/or overpriced contracts to currency exchange traffic. RaFa is a main hacker working for these people. ]

What are you next "legal" steps?

The Metropolitan Police are investigating and keeping me up to speed on the process, within the constraints of what's permitted. Their approach changed, from one presuming the break in as an opportunistic event to a more concerned approach, when I mentioned that I was an investigative journalist and that information contained in my laptops could put some people's lives in grave danger.

And what are your next investigation steps? Or are such proceedings going to affect your activities?

Obviously I have to wait and see how this whole thing ends. While London's law enforcers carry out their job, I shall do my own little investigation and try to get to the bottom of this rabbit hole. I don't believe for one second that this was a random event, so there's a special online place already reserved for my findings. This does not end with the three thugs featured in CCTV. Given that there are ongoing cases in other parts of the world, involving other jurisdictions, I shall keep a steady feed to parties involved on both sides of the pond, unless of course I get run over or suffer an "accident" in the process.
Posted by Daniel at 9:40 PM