The organized chaos of Venezuela 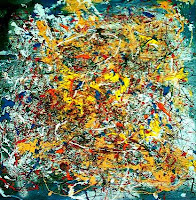 For the casual observer visiting Venezuela these days two things must be striking: the chaos surrounding almost everything and the feeling to live in a magic realism novel that not even Garcia Marquez could put on paper. Unfortunately for those of us who live here it is all but too real as well the realization that it was all planned, at least at some point.

We can start by the magical part: the president is/is not back in Venezuela. He is/is not at the armed forces hospital. But he may be/maybe not in a secret compound of Fuerte Tiuna. He is smiling and well with his daughters but Evo Morales, his close ally cannot see him when he visits,  not even through a window, not even through a computer screen. His vice-president has spoken of his forceful voice but the regime spokesperson, ever so proven wrong/or right, says he cannot talk because of a tracheotomy. And more of such contradictions which make it impossible to reach a grand unified field theory on what the heck is going on.


The magical realism merges nicely into chaos theory as we see what the regime has been doing lately. Since the original purpose of the regime was to stay in power at all costs, already since 2002, after having overspent our loans and income to get Chavez reelected on a lie the regime now not only devaluates the currency but it is trying to increase taxes as a recession is about to start. At the same time it tries to make the feeble private sector still barely alive as the grand culprit of everything. In other words the regime is trying to kill the lone sector of the country that could help them fix the mess they created in the first place. Certainly it is not the bureaucratic sector of the country nor the oil industry that is going to do the trick as all indicators report continuing decline and increasing inefficiency. Power outages never ceased and are on the rise again while scarcity of goods seems here to stay. Which does not stop the streets and roads to be a worse chaos than ever as gas is now free and public transport system inoperative.

Meanwhile, from chavismo there is chaos but accompanied by a monolithic resistance while from the opposition there a professed a monolithic unity while in reality we sense a desire for chaos.

Is there any possible way to understand what is going on? Possibly not. So we all may chip in our theory. there is mine, for whatever it is worth.

Chavismo and Venezuela have come to get in the grip of Castro-Cuba. In the process, the required corruption, material or moral, to reach such an objective has created a class of corrupt officials and/or narco traffickers. Any change of regime, any independence from Cuba, means that some/many/a lot will find their way to jails, here or overseas. So, since there is a succession coming there is an apparent rivalry leading to chaos inside chavismo but as soon as they settle behind X there will be a monolithic support for electing X, electoral fraud and all.

I mention the word succession because no matter what the emotional/political manipulation of Chavez disease is, one thing is certain: in the best of cases it will take months, many months for Chavez to be able to reassert the forceful leadership that comes with a messianic movement as the one he has led. His followers know that only too well and thus they also know it too well that without Chavez support they will not be able to make it. For indication, the obscenely bought election of October 2012 only managed a 55% for Chavez in spite of every possible trick used against the opposition.

It is thus necessary to destroy the opposition to the regime. This is done through the economy where now dollars will be restricted to those close tot he regime even if this bankrupts the country, even if this makes scarcity of goods the norm. Better! We create a society of dependents, not at 47%, at 99%! This is done by jailing any opponent of the regime that speaks too loudly, that is too successful  They will be ruthlessly blackmailed into changing sides or put to jail. This is done by showing the regime has no mercy by aggravating the conditions of political prisoners, preferably if the new conditions speed up their death. This, of course, combined with an intense rewriting of history spearheaded today by the public ombudsman/ defender of "el Pueblo" inaugurating an exposition on the victims of "puntofijismo" instead of checking out the jail conditions under chavismo.

Without dwelling on the excess of this chaos, it has to be cleared that it all follows a deliberate strategy. Through a chaos more or less controlled, all the tenets of a society are eroded until there is only left the command of a mafia gang. As such, who cares whether Chavez is alive and ruling? The system he created has already overtaken his persona before he dies.