Venezuela and Colombia enter a spat

Before dealing with this issue I will ask the reader to bear with me and allow for a digression.

I did not rush into reporting on today's event, still unfolding as I write. The reason? For one thing I had to try to figure out how serious it was. And second, and most important, with the new restriction on information and opinion expression, and the new penal code, what I write here could land me in jail. Yes, that is right, for the first time ever that thought seriously crossed my mind. Venezuela has changed.

The problem today is that we are dealing with international relations and a president who wraps himself in a flag just to get out of a tight spot. And a president whose followers are not necessarily quiet and thoughtful folks. For example today El Nacional publishes an interview of Eliezer Otaiza, head of the controversial land institute, INTI, that we all thought had for objective during the last two years to solve the latifundia problem. We have all seen last week end how little work the INTI had done...

Well, in that interview Mr. Otaiza (who should deserve a post for himself as a particular colorful actor) replies to a particular question:

Journalist: Also in the case of hato Piñero, which has an ecotourism profile, could we not recognize that there is a productive work [an argument for expropriation is to own land and not cultivate it]

Otaiza: This is a decision that the president must take. I must say that the only difference that I could have on the political aspects with the governors is that for me the decisions will be taken by president Chavez and not the governors.

Besides the extraordinary words which reflect why things are not working in Venezuela (does Chavez also decides who gets paper clips in offices?), it shows the true nature of some of the most "devoted" followers. With people like that Chavez does not need to order opponents taken out, this type of initiative will be taken spontaneously by such people.

End of digression, but necessary to explain my future reluctance at taking on some topics.

Well, today's events are quite simple to explain.

Chavez made a huge show a the state of the union address. We got all the usual ranting, not the actual account of last year and projects for the next year, or barely in passing. Chavez cannot use a tribune and not project again and again all his resentment and grievances. The difference today was that he ended by announcing the suspension of commercial relations with Colombia. Not suspension of relations, just suspension of business. All this screaming by the mountain to birth a mouse. The excuse was the unacceptable Colombian policy to pay people to capture folks who have been bleeding the country for decades.

President Uribe a little while ago told him to shove. Diplomatically of course.

I will not bother putting links, readers can find anything they want on the newswires and what not. I will limit myself to a summary.

Granda, a big wig of the FARC was having a home in Venezuela, drove a fancy car, went around as he pleased, and even participate in public forums. He even became a Venezuelan citizen shortly before the referendum and voted (for Chavez one presumes). El Nacional even publishes the picture of the house and the surrealist description of the life of Granda and folks in that house. A nice house even with a pool, in a nice resort area. 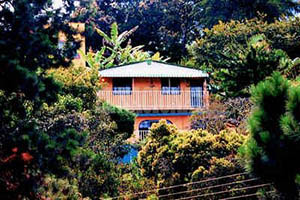 No matter what spin is put on that, the Venezuelan administration looks bad.

The Colombian police/army manages to buy some Venezuelan soldiers who 6 years into the glorious revolution have no qualms in cashing some dollars to kidnap and deliver Granda to Colombian security in the border town of Cucuta.

No matter what spin is put on that, the Venezuelan administration (and its revolution to create a new man?) looks bad. And not only with the Uribe administration but also with the FARC and other terrorist organizations that are sympathetic to Chavez.

Finally and in all fairness the bribing and kidnapping does not look good at all for Colombia. Unfortunately for Chavez some spin can be put on that by Colombian officials since it is very dubious that Chavez would have surrendered Granda considering the administration track on such issues (Montesinos, Ballestas and what not, where Venezuela was dragged kicking and screaming to surrender those criminals who had bonds with some chavista sectors).

Trapped in a web of contradictions Chavez decided to do what he does best: mount a big show and hope that something else happen quickly in order to mount another big show to bury the last one. Same strategy except that the stakes implied in such type of game always keep mounting. When one day you call your neighbor a scoundrel, what will you call him next time?

In case you do not think that the chosen occasion, a state of the country speech at the National Assembly, was not picked for bombastic purpose I made the following montage (the presence of all embassadors is, by protocol, required, for the many hours it takes, which adds of course to the moment). On one side you have an US president (an ex one to avoid unnecessary controversy) that sometimes did talk too much, and who is shown at perhaps his most bombastic moment when he dared to address Congress during his impeachment trial. On the other side you have today picture of Chavez now routine state of the country speech, paraphernalia included (though others did like to wear the jewelry too). The reader can draw whatever conclusion is deemed fit.