No “Patria Grande” for Latin America: the Uruguayan example


Former president Julio Maria Sanguinetti of Uruguay, on a radio program this morning, described as cynical bordering sarcasm the attitude of our Government and Foreign Affairs minister, Nicolás Almagro towards the Venezuelan situation.

He, together with former presidents Luis Alberto Lacalle (on the right) and Jorge Batlle (left) had issued a statement last night alerting that the dramatic events in Venezuela “hurt the democratic conscience of the hemisphere”.  According to them, the peaceful protests that are taking place in Venezuela, mainly by students “were violently suppressed even though they were the predictable result of a progressive reduction of freedoms, as well as inflation and shortage, both incompatible with the standard of living in a contemporary society”. 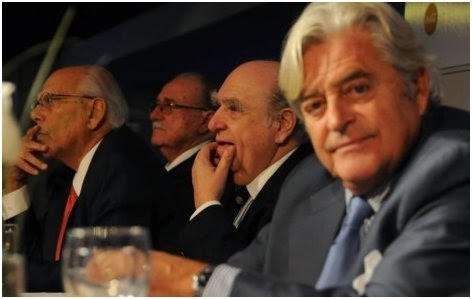 Finally, they conclude that these state of affairs, requires all countries in Latin America, all democratic organizations that call themselves democratic to “help the Venezuelan people to have peace again but based “indispensably in the exercise of unrestricted freedom of assembly and expressions”.

This statement was being issued while a group of union workers, Federation of Uruguayan University Students (FEUU for its initials in Spanish) and other social organizations were having a rally to defend the “democratically elected president Nicolas Maduro against the vile attack of US imperialism against a brother nation”.  The Venezuelan ambassador to Uruguay was present.

According to them Venezuelan protesters and students are “reactionary”.  The press and mass media were also criticized for “altering reality”.  They affiliate to the thesis that there’s a coup d’état going on in Venezuela to oust Maduro.  They also accused the above-mentioned former presidents of “representing the most rancid right-wing and domineering bourgeoisie”.  Of course when the students where Chileans against Piñera, they had a similar rally to applaud and support their movement. The leader was of course a registered Communist. 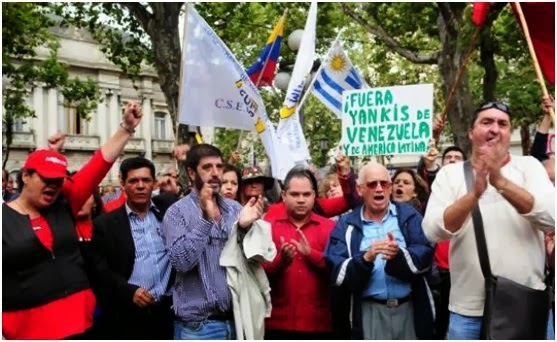 (Julio Chirino, Venezuelan ambassador in red at the center of picture.  The sign reads: Yankees Out of Venezuela and Latin America).

Meanwhile, the Uruguayan Foreign Affairs Minister had traveled to Bolivia and Paraguay, accompanying Elias Jaua who is presently in Argentina and expected tonight in Uruguay, in a trip to give the Bolivarian version of what is happening and asking for the support of these countries should an assembly take place to discuss Venezuela at the Organization of American States.

The minister traveled to Bolivia on Tuesday right after attending a special session of Parliament where he was called by the opposition to explain the lukewarm communiqué by the Foreign Ministry where Uruguay supports Maduro but “repudiates all kinds of violence and intolerance that attempts against democracy and its institutions”.

“How many times do I have to tell you that we don´t support violence?” shouted Almagro while the opposition insisted that these was clear that violence was one-sided: “While one side carries guns, the other side carries stones”.   He said the opposition had a "completely Manichean" view of the situation, only looked at the Venezuelan’s opposition side.  “Both sides have used firearms” and that “when one person dies, it´s the death of everyone” and “we've never had a double standard with regards human rights as you did.”   Of course, accompanying Jaua in his efforts to gain sympathy only shows who the real Manichean and hypocrite is.

Not at one moment was the third party mentioned: that of the so-called “collectives” such as the Tupamaros.   Of course, Tupamaros is a word that recalls old grievances in this country, bringing a divide especially now that its president was head of the urban guerrilla of the same name, apparently a source of inspiration to the Venezuelan namesakes.  He was elected with a little over 50% of the votes.
He has become a counselor and referral to Maduro due to these credentials, especially after the death of Chavez, as Arotxa a Uruguayan cartoonist shows: 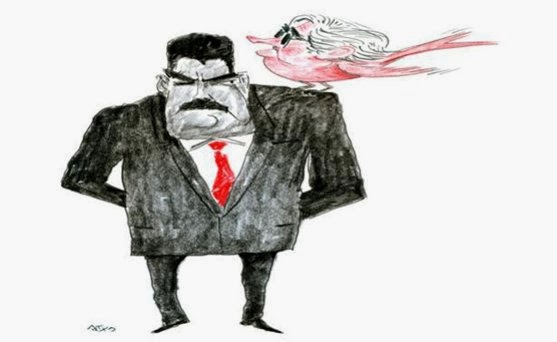 Uruguay is, like other countries in the region, equally divided into two halves that are beginning to hate each other.  There´s an ambivalence of ruling a capitalist country with a leftist vision and very slight majorities which is beginning to corrode the dream of a Patria Grande, or a Broad Homeland, as dreamt by Bolivar and San Martin.

The more the intent of bringing both sides together the more they move apart.  It doesn't help when one side calls the other fascist because they think differently. 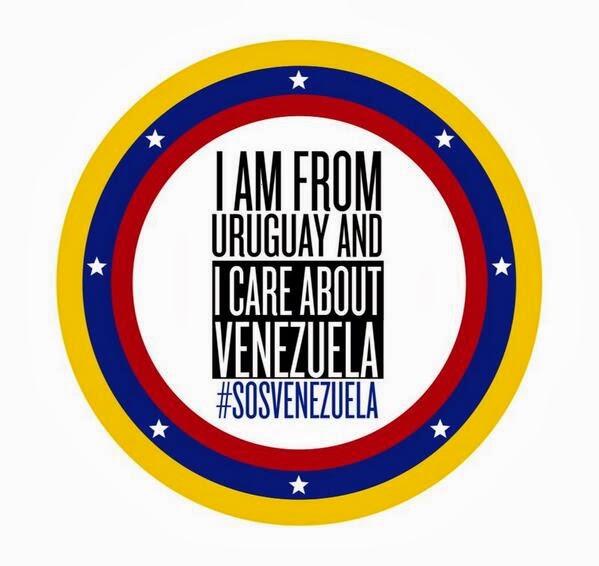