A broke Venezuela splits its finances in two 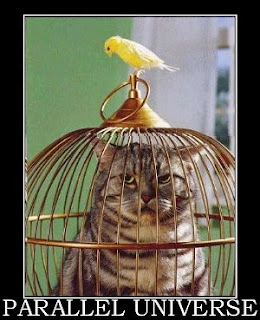 To add more complexity to an already complicated situation Maduro went a big step ahead in creating a parallel administration for the country. That is, a parallel system for many activities of the state, a system that he can finance (if he has money) as he pleases, outside of any legislative control. Why is he doing that? Two reasons. Because he does not have enough money for all so he must find a "legal" way to give the money to only a few. Because he may be losing next year legislative election by a margin wide enough that no amount of electoral fraud will be able to disguise the fact (after all, we are in an elected dictatorship, are we not?)

To nail down the whole scheme he even dares making these new laws he decreed "organicas" which means that the laws can only be changed by a 2/3 vote in the national Assembly, something he trusts the opposition will not be able to reach. For those that still think Venezuela is a democracy (mercifully a dwindling small number) let me remind you that Maduro decrees these law through an "enabling law", Hitler style, that he got barely with a 3/5 majority (having expelled/blackmailed/bought enough opposition representatives on the flimsiest of charges to reach the magical number). And yet these laws can only be abrogated or modified by a 2/3 majority. 3/5 become 2/3. Explain to me where is representation and democracy in that....


Which are these laws? Today 5, more to come in the next days as the enabling law period ends in a few days (interesting how the regime always uses the last days of enabling laws to push though the laws it wants and has been planning for a long time).

First the 3 laws that truly interest the regime. One is to give the Misiones permanency in time. That is, you can only eliminate them though that famous 2/3 vote. Need I remind you that all most Misiones function could have been managed with the pre Chavez administrative structure but that the Misiones had been taken away from administrative control by Chavez to further his personality cult and outrageous populism?

But of course, a new parliament may not want to fund Misiones and thus the point would be moot. Henceforth a second law supplements the funds that must be ascribed to the Misiones in the first law law by creating a new bank strictly for Misiones programs.

To tie the whole package the third law creates "Presidential Councils of the Popular Power". Translation: the regime creates administrative structures that will be part elected by a minority, part appointed by the regime (you need to remember that many decisions of the Consejos Comunales are taken with a show of arms in the presence of red shirted officials so whatever input the Consejos Comunales will have in this new regime contraption will neither be representative nor democratic {deliberate tautology}),  That new contraption will transfer functions for the Poder Popular away from public administration. That is, the Poder Popular that does not exist in the constitution, that was voted down in the 2007 referendum, is now expanded under presidential control in a way that the future Parliament will not be able to control. Yeah right, this is a democracy.

Of course, what basically amounts to yet another coup needs to be sweetened by some populist measure so that nobody will speak about the three bad laws and only about the two "good ones".

The first one, which serves double purpose because it is also a weapon to blackmail business, is a law for "productive jobs" which is nothing more than a way to force business to employ youngsters, whether they need them or not, and put them on par with experienced workers and probably make it impossible to be fired as it is the case with all current workers.  The calculation is simple: if by 2015 elections the regime has forced the employment of, say, 50,000 of these youth selected from families where no one has a job, that could mean 250,000 captive votes so afraid would be those families to lose their only income. The same recipe that was used in two previous elections, creating bogus universities for bogus titles in 2006 and bogus housing construction in  2012 (there were constructions but they probably could have been done through normal ways, with less corruption, in larger amounts, if the existing tools had been organized better).

The last one is relatively cheap and harmless compared to the other four. It consists in increasing by a weak amount the bonus food ticket that business must give to its employees for lunch but which in fact became a part of employees revenue except that it was not counted in the salary when social benefits were factored in (social security, dismissal packages, etc). The old law previewed that this "cesta ticket" had to be between 0,25 and 0,5 of a financial marker that determines the cost of some public services (unidad tributaria). Most business have long been above of 0,25 so the bottom increase at 0,5 will have little effect, merely yet another demagoguery moment.

So there you have it, the shape of things to come.

Meanwhile this week the black market for the bolivar lost another 10% passing from 104 last week at 114 today bolivares for one US dollar. For those who do not grasp what this means, the difference between the official dollar at 6.3 and the black dollar at 114 is 18.  A whopping 18 fold! I let you draw your own guesses as to the success of these latest regime's measures and those to come.... Or maybe the regime is trying to create two countries, one chavista functioning along a worthless currency and another anti chavista that will have to pay full price. Where have I seen this?  Cuba?  Naaaah!