Why the cruelty against Leopoldo Lopez?

The current Venezuelan dictatorship is unusual in that it has, relatively, few political prisoners. However this is amply compensated by the notorious cruelty that the regime has against such prisoners. The case of Afiuni has defrayed the chronicles. Simonovis had to be in a near death situation for the regime to give him home arrest so he could be treated. And "smaller" cases are also the target of human rights violations such as students raped or threatened with rape while arrested early this year. In addition to physical cruelty there is also a purposeful mental cruelty from all sorts of verbal abuses to trials that are postponed constantly so not even the illusion of justice is offered. But what is happening to Leopoldo Lopez is truly baffling, even by the regime "standards". 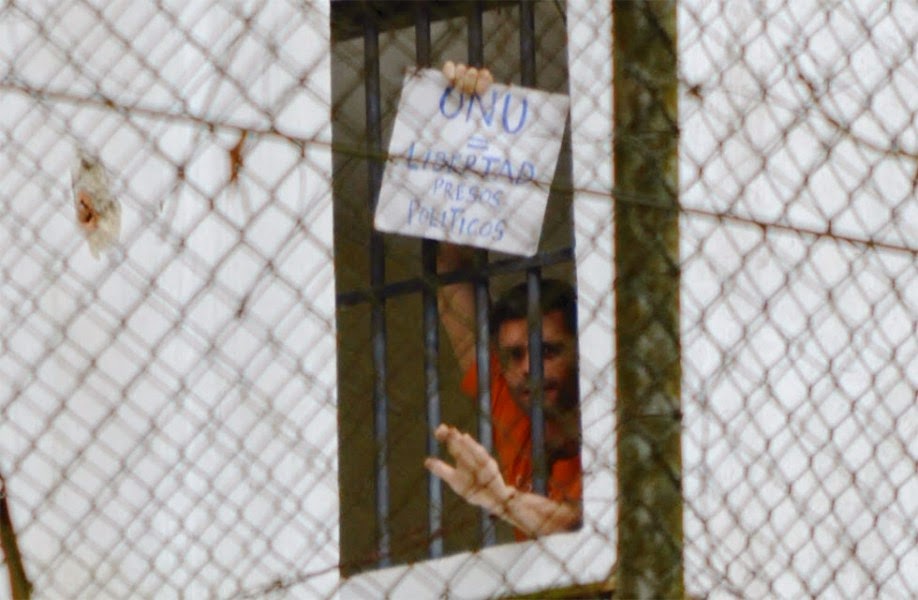 Before I get into this story let me add a comment. The current violence and almost randomness of torture, the abuse of power, the deliberate cruelty are alien to Venezuelan political "tradition". And it is a tradition with quite a story for itself, from the troubled civil wars of the XIX century to the longest of dictatorships with Gomez, to the anti AD expediency of Perez Jimenez. Whichever the case was in general the power in place tried to dispatch political enemies as fast as possible, be them killed quickly or interned in a camp after a fast trial of sorts. So why this totally novel form of crushing political dissent? I will advance two reasons.


The first one is that it is not novel, it has been duly tested in Cuba and imported from Cuba, even if newspapers that should know better, like the New York Times, exhibit suddenly short term memory.

The second one is that the regime needs to erase the memory of the previous system, the only system some Venezuelans can refer to. So, by committing more horrendous crimes than the pre Chavez era and by saying that from 1958 to 1998 Venezuela was under an unbearable tyranny sort of works, paradoxically, in the mind of some to make them believe that this is now a heaven of democracy. In particular for idiots of the Eva Golinger type blabbering now from the Putin TV propaganda network.

This comment will help understand what comes next.  As readers may know I have been following closely the career of Lopez once he decided to form his own party. Lately I have written less for a variety of reasons, none of them for lack of interest. After all the plight of Lopez is now of public worldwide notoriety and a blogger's voice is not essential anymore. Heck, even the UN has asked for the release of Leopoldo Lopez! So why the cruelty against Lopez?

Let's remind the reader that the visitations rights to Lopez are reduced to a minimum. That his trial according tot he "evidence" should be swift and instead is dragging in a particularly shameful way. That when he tries to shout from his window cell or that people try from outside to voice their support the Nazional Guard of whatever fascist military in charge play loud sirens. That in seclusion without access to water his cell was bombarded with human feces. And what not.

The two amazing things here is that the tortures are so well known and that in spite of international outrage the regime goes further in its abuse. It is almost as if the regime tried to make its lies on Lopez detention conditions even more dramatic considering the truth we know on them. It is not enough to invoke the influence of the Castro creeps of Cuba. Something else is playing here.

The latest scene was when two representatives of Chile's parliament, from the side holding power today, were denied access to Lopez even though they represented the International Socialist organization.

Clearly the regime must know that all of these will have negative consequences. Certainly foreign folks are reluctant to attack the regime for a variety of excuses but there is a point when these excuses will not hold any longer, at least in civilized societies that the regime may need desperately in the future.

We need to go further than the idea that Lopez is in fact a hostage in the faction wars inside chavismo. There are not many reasons that may explain why the obtuse and cruel treatment of Lopez.

The regime is sending an international sign that it is ready to become a pariah state like Cuba.

The regime sends a warning to all of  Venezuela citizens that Lopez fate is what awaits them if...

And worse, this behavior has become normal operating procedures for the regime. Totalitarian amorality reigns.