Before the day after

Sorry, I have no creativity tonight for a title. Tomorrow Lopez may or may not be arraigned, meanwhile he is spending this night in jail.  Someone released a video he made before being arrested, just in case he would indeed be arrested. I suppose he thought that the regime would realize the mistake it was about to make. So, he gives instructions as to how carry on the fight under a dictatorship that has sequestered all media: we all must become a media.

Details about his arrest are becoming clearer. There is this compilation of shorts from El Nacional.

There was his wife on CNN tonight explaining that indeed Cabello went to the tribunals with Lopez because there was allegedly a threat to assassinate him. She did not want to go into details so I am still assuming that it was a play inside chavismo to collect brownie points by Cabello. From whom? Really, who could want to kill Lopez today unless there were chavista or Cubans?

There was terror today in the attendance and that picture reflects it in the face of all, Lopez, Machado, the guy helping them behind...  Truly the crowd was raging mad and the Guards seemed to have no control, amen of their hidden agenda.  Yet, they soldiered. 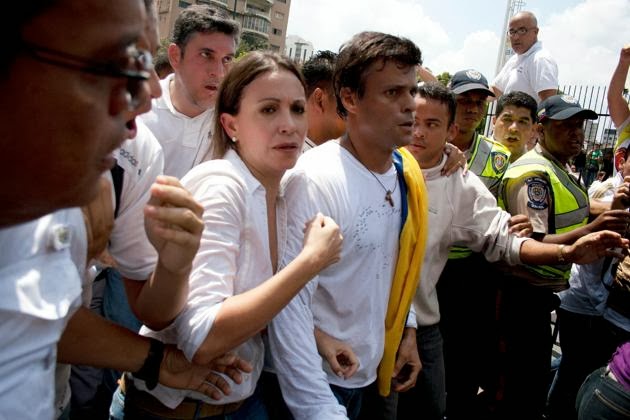 And there is that one that some thing is a selfie.  The ravaged face of Lopez betrays the emotions of what will be the defining day of his political career. The immense responsibility to the immense crowd that accompanied him.

And there is the clear and concise words from Human Rights Watch:

“The arrest of Leopoldo Lopez is an egregious violation of one of the most basic principles of due process, which is that you can’t jail someone without evidence linking them to a crime. The Venezuelan authorities so far haven’t provided any serious evidence, just insults and conspiracy theories. The only probable cause here seems to be the fact that Lopez is a political opponent of the president--but unfortunately, in a country without an independent judiciary, this may be enough. The international community should demand Lopez’s immediate and unconditional release.”

PS: so that your funk is not too bad, I am giving you one fabulous picture that will be a main picture for Lopez presidential electoral campaign. 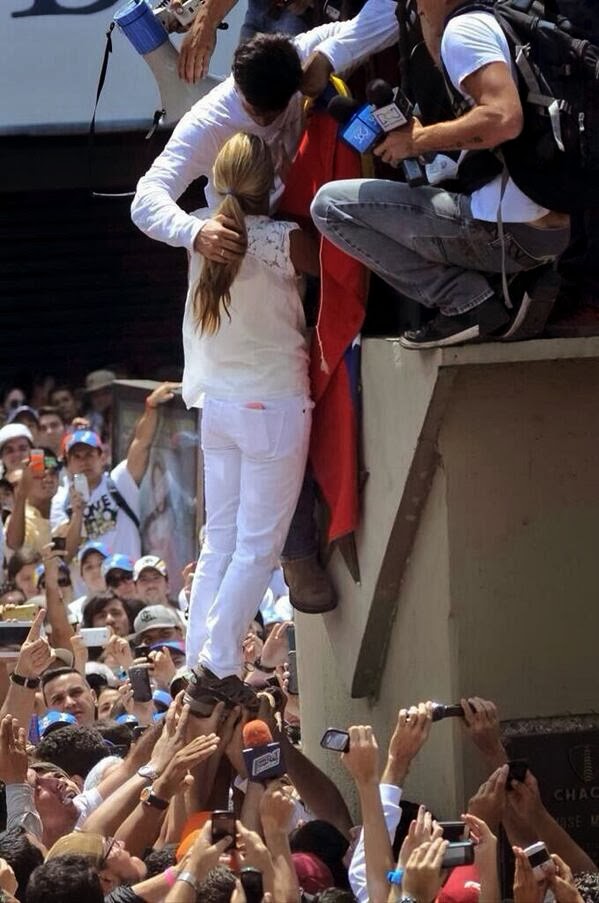