From official terror to article 350 - 4) that hamletian moment

The opposition MUD is subjected to tremendous challenges, all coming from the fact that they need to face off a criminal narco-state without any help from the outside police. 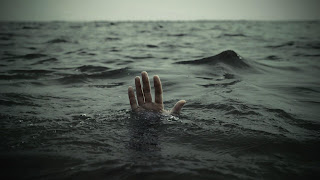 Why the world is not acting on Venezuela knowing very well that it risks receiving a refugee wave of millions is the subject of another text. Never mind that if the regime manages to hold power at the cost of a dictatorial communist "constitution" and thousands of deaths this will set a bad precedent for regimes dreaming of such a perpetuation outcome, like Bolivia, the FARC in Colombia, Nicaragua, to name a few of the wanna-.be rogue systems in Latin America.  The fact of the matter is that the latest failure of the OAS to even come up with a mild declaration is the confession of a world that has lost the notions of good and evil, navel gazing, worried about how to sustain a welfare state that will reward them politically. Times have changed.

Unfortunately for the opposition the hope that the world will act after 3 full months of repression forces the MUD to keep their protest clean in that the gouvernement needs to come across as aggressor all the time. Because of the world cowardice the opposition has footed, so far, a much higher bill than the regime.

The violence of the regime has gone up one notch this week. Now it is not a death a day, it is more than one. Now the paramilitary colectivos are playing their deathly game in the open, even ferried around in state transport. It hardly can get anymore fascist/communist than that. And let's not talk about the deliberate humiliation of the prisoners, the exposed tortures, the illegal attribution of military courts against civilians.

This is already bad enough if the opposition would not have to also deal with enemies from inside. We have the crazies, often inspired from Miami, that want the MUD leadership to storm without weapons Miraflores Palace, or would put everyone to starve until the regime falls. We have those who want to find a way to "dialogue" with the regime even though the ungrateful regime blows up to their face. Ask Henri Falcon, governor of Lara, one fo the milder critics inside the opposition why Lara has become a horrible battlefield last week. As for Rosales, a choreographed outing once in a while is all we see from him while his underlings seem to be one of the main sources of blockade inside the decision processes of the MUD.

If these were not enough for the MUD, there is a new problem with the need to find a way to associate with the newly minted dissent of chavismo. There are enough of them now to not only create a problem for chavismo but also for the opposition.   Let's take the example of Luisa Ortega, the nation's general prosecutor of the nation.

Luisa Ortega has always been a leftist, always been a chavista. As such in 2014 she thought it was OK to jail and condemn on trumped charges Leopoldo Lopez. She could probably make her own case that the chavista new man had not risen yet and so it was OK to violate on the edges the constitution so as to ensure that the real legacy of Chavez would survive. But then, she realized that true legacy of Chavez was a corrupt narco-regime. The only way to salvage something from the Chavez ideals she shared was to defend the Constitution he wrote himself when those narco-thugs decided to rewrite it to their own needs.

What do we do with Luisa Ortega? Do we let her hang high and dry and let chavismo defenestrate her from her office? Or do we try to find an agreement with her where the price may be a transition government that will not be presided by the opposition?

Meanwhile as the opposition tries to put its house in order the cruelty of the regime increases, the death toll along and the cowardice of the world worsens.

But before we look at what the opposition will be obliged to do let's leave this entry with a note of hope: in spite of all that the regime has done, its mistakes (like in Lara and Aragua this week) seem to strengthen the resolve of the opposition, its unity. Now, what can the opposition do with that?