Who is Nicolas Maduro?

I suppose we should talk a little bit about the heir apparent. He deserves his 15 minutes of fame or whatever time Chavez agony lasts. 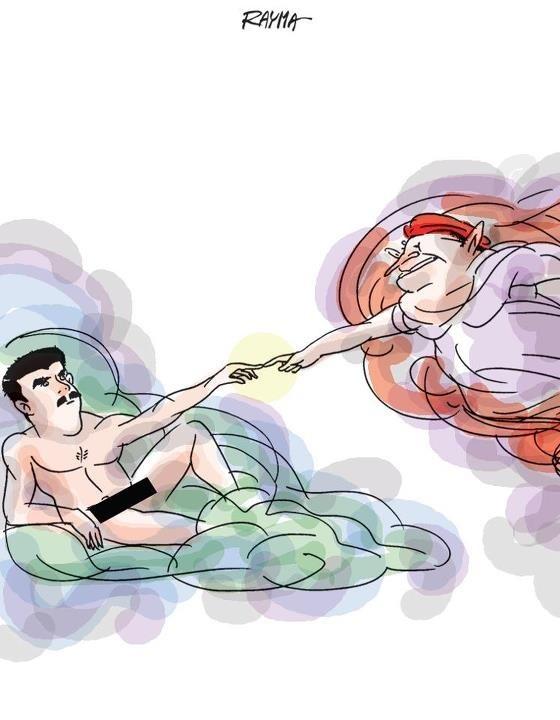 Besides this fabulous cartoon of Rayma which says everything about how Maduro reached the summit (?) I can say that Maduro has been making occasional appearances in this blog.

There was a post dedicated to him in 2006, a rather scathing one if I dare say so. But reading it again today there is little that I would add or even change. I suppose that 6 years as a foreign minster must have taught him a thing or two and maybe he could be an improvement from the current quandary. I also would like to pat myself for some of the prescience that I wrote then. But then again I should not congratulate myself too much because,  well, such regimes are in fact so predictable.

The other noteworthy thing about Maduro is his wife/companion, currently the republic main lawyer, a former chair of the National Assembly herself. Together they form the perfect "power couple" of chavismo, those willing to say anything, do anything to please their master.

We should also not forget the accusations from the ex justices on the run that would indicate that Maduro was actively involved in giving orders to the judicial power so as to put in jail given individuals regardless of their guilty status.

To finish this brief  we can note that Maduro has been one of the longest serving ministers of Chavez, probably the second longest serving one after Giordani. As such Maduro is responsible for such crimes as the alliances with Qaddafi,  Assad and other unappealing potentates who have become quite dear to Chavez since 2006.  His latest mission was to try to convince the military in Paraguay to make a coup to bring back Lugo from his defenestration.  In short, Maduro has been an international thug and the only interesting thing to solve is how much of the initiative was in the hands of Maduro.  In other words, was Maduro a simple executor of Chavez and Castro's initiatives or was he also a truly active ideological participant. That answer is the perhaps the biggest key to understand what is in store for us if Maduro indeed replaces Chavez.

Maduro is quite a piece of work and reading comments these days such as he could be more "polite" or "democratic" or "affable" than Chavez leave me quite cold.
Posted by Daniel at 9:28 PM

Email ThisBlogThis!Share to TwitterShare to FacebookShare to Pinterest
Labels: maduro